The Criterion review of Ikiru contains this nice extended quote from Richard Brown:

What it says in starkly lucid terms is that ‘life’ is meaningless when everything is said and done; at the same time one man’s life can acquire meaning when he undertakes to perform some task that to him is meaningful. What everyone else thinks about that man’s life is utterly beside the point, even ludicrous.

( The Criterion review is an excerpt from a book which I haven’t track down, so I can’t figure out exactly which Richard Brown in the universe this might be, though I assume it’s this guy.)

I love this quote. It more or less unilaterally asserts the right of everybody to make up their own mind about what their life is about and on what criteria it may be judged.

That doesn’t mean I think it accurately explains Ikiru, however. Inasmuch as I like Ikiru, I like it because it doesn’t seem to have an easy answer to the meaning of life. And even more daring, it doesn’t even clearly grant each of us (the way that Brown does) the autonomy to declare the meaning of our own lives. Ikiru actually has a much more tortured relationship with the meaning of an individual’s life than Brown’s summary suggests.
END_OF_DOCUMENT_TOKEN_TO_BE_REPLACED

To do Akira Kurosawa’s Ikiru any real justice, I’d have to go on at length. Maybe I’ll save a longer discussion for next week. Today, I’m just going to breakdown my favorite scene, and in that way perhaps I’ll show why a movie like this deserves far more than a thousand words.

The context: Mr. Watanabe is an aging man who has recently learned he’s dying from stomach cancer. He has six months, maybe a year. He’s kept this fact largely to himself, and Toyo, the young woman he’s recently befriended, doesn’t know he’s terminal. They’ve had a chaste but warm relationship until now, but she’s beginning to feel creeped out by the attentions of this older man. She’s agreed to one last date.

Cut to the restaurant. In stark contrast to their silence, a party goes on in the background, across an open stairwell.

END_OF_DOCUMENT_TOKEN_TO_BE_REPLACED

If you read anything about Rififi, the classic French film noir, it’s likely the author will mention the perfection of its famous jewelry-store heist, which defines the movie for many people.

There’s lots to love about this centerpiece of a scene, it’s true. Instead of being hurried, it’s extraordinarily drawn out, showing us step-by-step the effort and ingenuity that goes into the execution. It’s a powerful slow boil of a sequence. Rififi doesn’t make crime seem easy or effortless; Jamie Hook (writing for the Criterion Collection) rightly observes that “at its heart, Rififi reveals itself to actually be a paean to work.” The crime feels real, in part because it combines specialist techniques with practical know-how. If an umbrella gets the job done, use an umbrella, they say.

As good as the heist scene is, however, it’s not the beginning and the end of the movie, at least for me. What has stayed with me more in the days since I’ve watched it is Rififi‘s greater mood and message, which seems to be that things are hopeless. This is, after all, a film noir, so that’s not surprising, but it’s especially poignant and discouraging here, I think.
END_OF_DOCUMENT_TOKEN_TO_BE_REPLACED

I’m sorta-kinda taking this week off, but the Brattle Theatre is starting up a Wes Anderson retrospective this week and, obviously, we’ve got a new Anderson movie coming out, so now is maybe a good time to post a link to an old essay of mine about The Life Aquatic with Steve Zissou, wherein I argue that Wes Anderson might actually be a child, in the metaphorical sense. Super-long sentence over.

photo by Riccardo Cuppini via cc

I read The Bible for Dummies recently. Having been an atheist my whole life, I felt like I was missing a lot of references when absorbing even non-religious bits of Euro and American culture, so I wanted a clue on some of the bigger points, like Who was this John the Baptist that kept on showing up in Renaissance painting? That said, I wasn’t about to read the entire Bible just so I would have an idea of who John the Baptist was, so for the time being I settled for the Dummies version.

Anyway, what struck me, as a reader with next to no knowledge of the Bible, was how often God appears to have opinions, attitudes, and some semblance of a personality. I didn’t realize that so many Biblical stories had God bargaining and talking directly with people, making specific demands and taking specific requests. It feels like a far cry from the version of God that I imagine when I do imagine one; the way I conjure Him up, He’s a nebulous, possibly immaterial force, deeply unknowable and even kind of alien to the inanities of human existence. But between the traffic-cone yellow covers of my Biblical executive summary, I found a God that seemed a lot more concrete and immediate than what I had dreamt up on my own.

This all came to mind as I watched The Seventh Seal this weekend. Ingmar Bergman’s classic has as its center a Crusading knight, Antonius Block, who discovers one day on a rocky beach that Death will be harvesting his soul in the near future. The unfortunate news comes from a personification of Death himself, and not one that appears as a ghostly, ethereal spirit barely able to communicate on this plane of existence. This Death is dressed like a monk, sure, but he has a surprising affinity for earthly pass times like playing chess and messing with people’s heads.
END_OF_DOCUMENT_TOKEN_TO_BE_REPLACED

So I’m taking a break this week, partly to work on a new version of the site, but I’ll be back next Friday. In the meantime, you should read some of Matthew Dessem’s great blog, where his snappy writing makes the Criterion collection seem accessible. I love the way Dessem writes, and on top of that, he’s genuinely insightful, which is a rarer thing than you’d think (or hope). If I have a single, desert-island blog — and I mean among all film blogs — this is it. No, really.

See you next week, and thanks for reading. 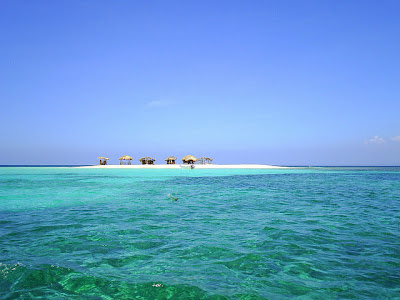 photo by Ronald Saunders under cc

That’s because I only engaged half-heartedly with the film’s biggest idea: Close-Up‘s main thematic strand is the the process and illusion of cinema itself and the artificiality of the movie-making process. The film stems from the story of Hossein Sabzian, an Iranian who (in real life) passed himself off as well-known filmmaker Mohsen Makhmalbaf to a Tehran family of some means, the Ahankhahs. (As an American, I don’t know how classy they were by the standards of Iran in 1990, but they have a kempt house and a gated courtyard.)

Sabzian was arrested after his lie was uncovered, and a large chunk of the movie consists of his trial, in the form of a documentary. This footage is interlarded with stagings of his interactions with the Ahankhahs — which, strangely, are acted out by Sabzian and the family themselves. In fact, as Godfrey Cheshire explains in his Criterion essay on the film, “Contrary to what most first-time viewers assume, none of its scenes are strictly documentary. Not just the reenactments but all the other scenes, too, are at least partly scripted or otherwise contrived by Kiarostami.”